​A thought leader in educational technology and the humanities for over thirty-five years, Dr. Hugh Burns continues to bring his wit and wisdom to courageous teachers and intrepid instructional designers who seek better ways to teach and learn. He’s taught and promoted technology innovation at the United States Air Force Academy, the University of Texas at Austin, Smith College, Texas Woman’s University, and throughout the National Council of Teachers of English (NTCE) community. As an air force lieutenant colonel, he directed early initiatives in artificial intelligence and intelligent tutoring systems. As a founder and chairman of The Daedalus Group, he championed award-winning networked, collaborative writing environments. As a Fulbright Scholar in the Kingdom of Saudi Arabia, he advised on matters of technology planning and gifted education for both men and women. In recent years, he served as emeritus professor and chair of the Department of English, Speech, and Foreign Languages at Texas Woman’s University as well as the Holland H. Coors Endowed Chair at the United States Air Force Academy. You may follow his weekly “in the cause” musings on 21st-century literacy, digital rhetorics, and design innovation on Twitter @hughbedo. Photo Credit: USAF Academy Official. 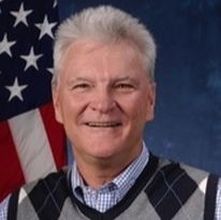